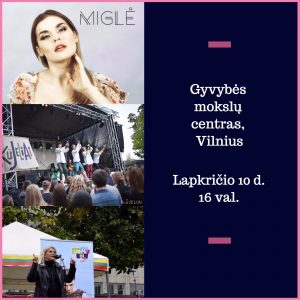 Lithuania is preparing for the 100th anniversary of the Restoration of Independence, when the Act of Independence was signed in Vilnius on February 16, 1918, and the state of Lithuania was restored. During the 20th century, the state of Lithuania faced many challenges, but all of them were overcome by re-joining the community of independent nations in 1990. Today our country is a member of the Western world, is a member of NATO and the EU. Its citizens are able to freely travel around the world and represent their homeland.

Photographs were sent by Lithuanians (11-59 years old) from Sweden, Finland, Norway, Denmark, Belgium, Poland, the United States, and various cities and towns in Lithuania. The exhibition’s planning committee selected 18 pictures for the exhibition. This number was chosen to symbolize the year 1918, which is so important for the history of Lithuania. Starting in September, the exhibition will travel through five Baltic Sea Region capitals: Stockholm, Copenhagen, Oslo, Helsinki, and Vilnius, respectively. These pictures represent how the Lithuanian world community sees its homeland – a vibrant, ambitious and positive Centennial Lithuania.

The exhibition was organized in the framework of the project entitled “The Traveling Centennial Lithuania – an Ambassador to the Nordic Countries”. The project is partially financed by the Lithuanian Council for Culture and the Ministry of Culture of the Republic of Lithuania. The organizers want to thank everyone who contributed to the implementation of this exhibition.

On the 9th of September at 4 pm, there was an opening event in the city centre of Stockholm, Norrmalmstorg square. September 11-17 – digital exposition will be in Stokholmo Luma bibliotekoje (Ljusslingan 26, 120 31 Stockholm).